I have a close and brotherly friend who I know since his youth, and now he is about 45 years old. His family origins are from Evia(a very large island close to the Greek Mainland) where he has been living for the last 25 years. I got to know him well when he was a young teenager because then , he was living with his parents in the same apartment building where my second sister was residing with her family, and later on, my mother with my youngest sister. The apartment building is located in Athens, and I used to travel from abroad during the summer, not every summer, to see my mother and my two younger sisters. Finally, I moved permanently to Greece in 1986.

When this “loyal” and “loving” friend was about 17 years old, his mother asked me to give him English lessons, not for a specific language certificate, but in order for him to feel more comfortable with this “foreign language”. I believe that these English lessons lasted for about 3 years, while soon after, my “friend” and “student” left for Evia to live permanently at his family house there. In Athens, he felt “very unhappy” and “very out of touch” with the “superficial life style” of this metropolis. Here, I would like to present two crucial facts concerning the personality and character of “my friend” and “former student”.
After many years, his mother confided in me that then, she had asked me to give English lessons to her younger son, because he felt very insecure with his social environment, whether in school or with his close acquaintances in his everyday life; feeling inferior concerning his personality and his potentials. His mother had entrusted her younger son to me because she knew my ease with younger students as well as my experience and knowledge in transmitting the English language. At a certain moment, much later on, “my good friend” and “former student” also revealed to me that during the first year of our English lessons, he “could not stand me” because besides the practical side of the language lessons, I also expressed and discussed with him the various aspects of Everyday Greek Social Realities, as well as some of the principles I adhere to concerning human relations and values. My “teachings” and my “life stance” made him feel “distraught” , because he knew very well that the “virtual reality” he was living within an “impersonal” and “socially conservative” Greek Society wanted him “very male” and “competitive”, but also “neutral” and “inactive” with respect to his own personal identity , his own character and his own inner needs!!!!

The second critical information concerning “my dear friend” and “former student” is the fact that during the last 15 years, he has evolved into one of the most important mountain climbers in Greece, having “scaled” the highest peaks around the world, from the mountain ranges of the Himalayas, the Alps and the Andes, to the mountain ranges situated in Central and North Africa!!! Time and time again, he has personally told me as well as to his closest friends, that “those messages” and “the love” that I had passed on to him in his younger years, had “truly” made him believe in himself and his capabilities, as well as ridding himself of his existential fears and social insecurities!!! This year, I will celebrate New Year’s Eve with his family in Evia, as I have done many times before, as well as spending there some summer breaks, because I feel that it is “my home”!!!!

I am not writing this text to “praise” my close friend and former student, but to delve into the psychological and existential personal suffering of his older nephew, who is 15 years old and who is the “oldest son” of his older brother(they have a 2 year age difference); a boy who I know since the time of his birth. This child I adore and I admire because he has a strong personality, a quick mind but also a generous and objective attitude towards the people who surround him, always defending “real truth” and his “self respect”!!!

This nephew of “my dear friend” and “former student” has a smaller brother who is approximately 3 years younger. His parents are “educated people” and “professionally successful” in their own fields. His mother is a bank manager in a Greek bank, while his father is a sales executive in the European Continent for one of the most powerful multinational companies in the world. This means that both parents have a very high income, especially the father. Because I have known both parents for many years, I am almost certain that their first priorities in life begin with material possessions, property and money(gold coins), as well as their “societal image” as a respectable and dynamic family which personifies Greece’ s middle class!!!

I have known the older nephew of my friend “since birth”, but I also know from the mother herself that she suffers from mental depression, that is the reason why the first years with her elder son were very distressing for her. She herself confessed one day to me that she had been suffering from depression since her youth, because of her turbulent relationship with her father, who was extremely strict and functioned like a “traditional Greek parent”. How much have we all suffered growing up in a “Traditional Greek Family”!!!!

As both parents are “ambitious” and “perfectionists”, they strive in a “forceful” and “constant” manner in order for their two sons to conform to and comply with this “idealized” Successful Greek Family Image, always pressuring them to function in a “perfect” and “outstanding” way in every aspect of their everyday activities, especially in their studies and in their social relations. Most of these mental and psychological pressures come from the mother(the eternal mother), who in my personal opinion is clinically “a neurotic”, while most of these “distorted initiatives” are directed mainly towards her elder son , who she demands of him to be “first” in his school class, while at the same time, obstructing any “close friendly relationships” which could tamper in a negative way with his school work and his school responsibilities!!! Therefore, this teenager of 15 “is up in arms!!!”, and has become very aggressive towards his mother as well as behaving in a socially dysfunctional way in his interactions with his teachers, especially with those ones who are “very strict”!!!! There were times recently, that the psychologist of the school had to intervene, inviting the parents for discussions concerning the school behavior of their elder son. Most of the times, the school psychologist concluded that to a large degree their son’s social temperament was “their doing”!!!!

A week ago, the older nephew of “my friend” and “former student”, who is now 15 years old, meaning a “young teenager” , entered his classroom( a private school) with a small cheese pie and an orange juice, wanting to provoke his teacher who is “very strict”!!! She “scolded” him severely in front of his schoolmates and then she “announced” in front of the whole class that he will be punished with a 1 day school suspension for his “irreprehensible action”!!! At the same time, she presented him with a blank sheet of paper to write down “his apology”!!!! After the day of his school suspension, the “young boy” returned with his “written apology”. On a whole sheet of paper, he himself wrote just a few words(in English translation), ‘I feel sorry for all of you’ !!! Is this young boy an “honest” and “thinking” person??? Yes or no??? And let us not forget the “existential given” which says that he is a “young teenager” who is “psychologically” and “existentially” manipulated and repressed!!!!

The inspiration for writing this text related to the older nephew of “my friend” and “former student” came to me after having received in my e-mail, a school composition written by a Greek elementary student, sent by my “friend” and “former student” for whom I have written an article in my web site on August 2014 , entitled “A doodle(rough sketch) by a former student….”. This “friend” and “former student” is now about 36 years old, has twin boys who are approximately 1 years old, and is expecting his third child in 6 months. This “extraordinary school composition” written by a Greek elementary student was uploaded on the Greek internet site http://babyradio.gr, while the aim of the people responsible for this site is for this text to reach as many people as possible!!! This school composition was first published in the Greek periodical by the name in Greek ‘ Η Δράσις μας’ (Our Actions), which means that there is still hope for our country and our society!!!! 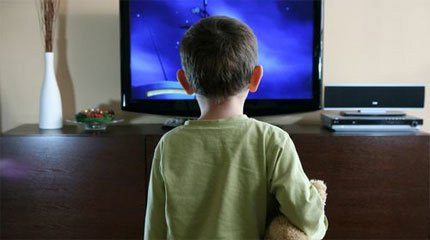 As I have already mentioned, this school composition written by a Greek elementary student was uploaded on a Greek internet site, so naturally the whole article is in Greek. This text we shall translate into English, including the commentaries , the titles and subtitles. The format of the text is as follows:

‘What should I ask from God ???’. A heartbreaking school composition by an Elementary student!!!!

The text which follows is an authentic school composition written by a student at a Greek Elementary School. This composition was given out anonymously by his own mother to inform other parents the degree of alienation which exists between them and their own children and the attention they should give concerning the quality of their own personal relations with them.

The theme of the composition was , ‘What do I wish for mostly??? Asking God to grant me this wish’. The composition written by this young student is simple, concise but most importantly very stirring!!!

‘God, today I ask you for something I truly wish. I want you to make me into a television set!!!

I want to take the place of the television set which is in our house. To have my own space, to have my family around me and for them to take me seriously when I talk. I want to be the centre of their attention and to be listened to without any interruptions or queries. I want to receive the same services as the television set when it does not work. When I become a television set, I will enjoy the company of my father when he comes home from work, even if he is tired. And I want my mother to want me when she feels sad and troubled, instead of ignoring me…

I want my siblings to fight over as to who would spend more time with me. I want to feel that my family could sometimes, leave everything aside just to spend a little time with me. And last, make me into someone who could make everyone happy and cheerful. God, I am not asking for a lot, I only want to become something like a television set!!!!

The teacher started crying when she had just finished correcting her student’s composition(at her home). Her husband , who had just arrived from work, asked her ‘what was wrong’???. She answered him by saying, ‘Read this composition, it was written by one of my students!!!’. The husband after reading the composition said to her, ‘ My God, poor child, how indifferent can these parents be!!!’. The next moment, the wife looked at him and replied, ‘This composition was written by our own son!!!’.

Is the American Mass Media (A.M.M) today presenting a true picture of its own society? (Part I)

Personal Comments and Impressions!!! (A)

“Slumdog Millionaire” – the movie (2008); Cultural Globilization* not a Cosmopolitan** Culture (Part B).

The psychological state of the young today

The Greek Parliamentary Elections of 2009; a mirror-image of the present “Political Culture” of the country. (Part D)