Hippocrates (460 B.C.- 377 B.C.) is widely considered to be the father and the founder of the science of modern medicine. He was a scientist but also a philosopher, who by utilizing a rational and a dialectic thought process, expelled that epoch’s medical practices from its metaphysical aspects, from its traditional health preconceptions and traditional routine disease prevention; adding “social morality” and “humanistic values” to a systematic clinical diagnosis and disease treatment!!!

Hippocrates was educated in medicine and practiced the medical profession in various parts of Greater Greece, starting on the Aegean island of Ko, which is very close to Asia Minor. During his professional medical career, he not only treated the sick and taught the science of medicine, but he also made detailed notes about his observations and discoveries as a physician, his social perceptions and evaluations, as well as his scientific conclusions. These written notes by Hippocrates make up the Hippocratic Corpus, which represents 59 individual texts . It represents a collection of scientific knowledge which even today, is considered as an invaluable set of information in the various studies of modern Medicine.

The medical methodology followed by Hippocrates “then”, is considered even today as being “very innovative” and even “radical” for that epoch, this because it was based on scientific criteria, on clinical observation, on empiricism and on rational thought. Hippocrates did not focus on the human organs to identify a particular disease or illness, because he considered that the person who was ill represented a “unitary psychosomatic entity” and that any disease or illness is governed by the laws of nature and also by the “checks and balances” which are active within our natural environment. Consequently, the medical treatment prescribed by the physician for his patient, entailed enhancing those “living standards” and utilizing those “medical means” so as to be able to rehabilitate the healing powers of nature!!!!

Before initiating any type of medical therapy, the doctor was obliged to undertake many clinical examinations of his patient before pronouncing his diagnosis. The critical and at that time innovative clinical observation prescribed by Hippocrates for the correct medical diagnosis and the proper medical treatment for any ill person were, that it had to include a written analysis of the quality of life of the patient(inadequate food nutrition, excesses in the food diet, deterioration of the natural living environment), as well as the family history of the patient; clinical diagnostic information which is still very critical in modern Medicine!!!!

As we emphasized in the beginning of our essay, Hippocrates was not only an “excellent” and an “innovative” physician, but also a major philosopher, a “social philosopher”, and when one reads the Hippocratic Oath, which he himself composed, one can then better understand why “He” is also classified as “a great philosopher” since Ancient Times. Hippocrates had always maintained that every doctor or physician should be “unassuming”, “physically proper”, “ethical” and “spiritual”, because only through these personal human virtues could he re-establish and regenerate the “natural balances” within his patient, so that the patient could be cured!!!!

There is a Western Tradition from Ancient Times until the beginning of the 20th Century, that the graduate medical students would have to pronounce publicly the Hippocratic Oath, in order to receive official permission to exercise his or her medical profession. The Oath was considered as a “rite of passage” for all future practitioners of medicine. Today, this “formal academic ceremony” is not compulsory, while we also have to mention that since the time of Hippocrates, meaning from the 5th century B.C., there have been made some minor alterations to the original text. We will here present the original text of the Hippocratic Oath which was written in Ancient Greek, translated into Modern English.

Apollo Physician and Asclepius and Hygieia and Panacea and all the gods and
goddesses, making them my witnesses, that I will fulfil according to my ability and
judgement this oath and this covenant.

To hold him who has taught me this art as equal to my parents and to live my life in
partnership with him, and if he is in need of money to give him a share of mine, and to
regard his offspring as equal to my brothers in male lineage and to teach them this art- if
they desire to learn it – without fee and covenant; to give a share of precepts and oral
instruction and all the other learning to my sons and to the sons of him who has instructed
me and to pupils who have signed the covenant and have taken an oath according to the
medical law, but to no one else.

I will apply dietetic measures for the benefit of the sick according to my ability and
judgement; I will keep them from harm and injustice.

I will neither give a deadly drug to anybody if asked for it, nor will I make a
suggestion to this effect. Similarly, I will not give to a woman an abortive remedy. In
purity and holiness I will guard my life and my art.

I will not use the knife, not even on sufferers from stone, but will withdraw in
favour of such men as are engaged in this work.
Whatever houses I may visit, I will come for the benefit of the sick, remaining free
of all intentional injustice, of all mischief and in particular of sexual relations with both
female and male persons, be they free or slaves.

What I may see or hear in the course of the treatment or even outside of the
treatment in regard to the life of men, which on no account one must spread abroad,
I will keep to myself such things shameful to be spoken about.

If I fulfil this path and do not violate it, may it be granted to me to enjoy life and art,
being honoured with fame among all men for all time to come; if I transgress it and
swear falsely, may the opposite of all this be my lot.

The Hippocratic Oath was drafted 2,500 years ago, in the geopolitical territory(Eastern Mediterranean) where Ancient Greek Culture was dominant and flourishing. At that epoch, everyday human existence and everyday human living conditions were very harsh and volatile, due to the scarcity in staple foods and practical utensils, due to contagious diseases, due to continuous military confrontations between the various politically autonomous Greek city-states, and also due to the military and political expansionist interventions by the then Foreign Powers of that region, such as the Persians and the Medians. Nevertheless, these Ancient Greeks founded a “rich” and a “multidimensional human civilization which set the basic societal foundations for the development of the “modern” arts, the “modern” sciences and the “modern” socio-political ideologies and philosophical values of the Western World. This “multifaceted” and “substantial” Ancient Greek Civilization was not formulated as a consequence of “innate human personality characteristics” (human DNA) such as Human Self-Conceit, a Personalized Social Influence and a Selective Self- Preservation, but through Human Creativity, the Universal in Human Cognizance and the Instinctual Human Drive for Social Progress(dialectic thought process), focusing on a Unitary set of Aesthetic criteria in Human Existence, which would be continually upgraded and refined, especially for the “future generations” of Mankind!!!

These “constructive” and “pluralistic” innate human qualities which have just been mentioned, could not have been promoted and could not have functioned effectively if there were not in place and were preponderant specific “universal social values” which would accommodate and reinforce the “Collective”, in the short term but especially in the long term!!! Social Values and Principles which were adopted and legitimized by all Western Nations in the 18th century through Western Enlightenment, but which we Greek Peoples, a traditionally very “coarse”, very “uncompromising” and very “inflexible” human sort, showed an absolute “contempt” and “indifference” to those monumental civilizing factors, as we Greeks still do today, in the 21st century A.D.!!! Let us all be proud of ourselves as a Peoples, as a Race and as Nation!!!

Most of the individuals in Greece who practice today the medical profession in all its specializations, whether men or women, practice it in order to enrich themselves personally in the long run ; it is that simple!!! Therefore, these Greek “medical practitioners” should leave aside their “superfluous genialities”, their supposedly “warm” and “friendly” interpersonal relationships with their “clients” and their false chats of “human sympathy”!!!! We Greeks are masters in the “everyday theatrics”!!!

In Greece, it is socially acceptable and widely practiced, to “bribe” a doctor in order to receive better medical care, to undergo a multitude of unnecessary surgical operations, to go through a high number of wasteful and very expensive medical examinations, to consent to a doctor’s prescription of irrelevant, expensive and even harmful drugs, all because these “ethical” medical practitioners receive a share from the profits of the various pharmaceutical companies, always with the direct “professional complicity” of the tens of thousands of drugstores flourishing in every section of the country. Similarly, there is the everyday fact that many times, the private doctor’s receipt for payment by the client rarely indicates the exact amount paid, this through a mutual “conspiratorial” and “illegal” agreement, where the sick client “in theory” gets the “best medical treatment” and the doctor pays less taxes towards the state. It is a “financial conspiracy”, both by the Greek doctor and his or her Greek client against their “own country” and their “own state”. Then, Greeks have the “nerve” and the “personal audacity” to accuse their politicians, their state officials, their civil servants and lately the Troika( European Central Bank, IMF, the Eurozone countries), that consortium of political and financial institutions responsible for the financial bailout of Greece, of being corrupt. What an “absolute” and “generalized” Greek Social Hypocrisy!!!!

I would like to conclude this text by saying that if all of these “illegal” and “socially immoral” professional medical practices and routines by our own “crafty” and “underhanded” doctors, whether men or women, were to take place in a Developed Country in the Western World, countries which 300 years ago instituted Western Enlightenment as their cultural base for every human social value and every human social relationship, they would have taken away “legally” their professional permit to practice medicine and socially they would have “cut their legs off” so as not to say something worse!!! A societal reality that all of these Greek “medical professionals” should know, which I am sure they all know very well, always hiding themselves behind “sacred traditional social norms” of the Greek Middle Ages!!! This, so that we all know who we “really” are and what we “really” are!!! 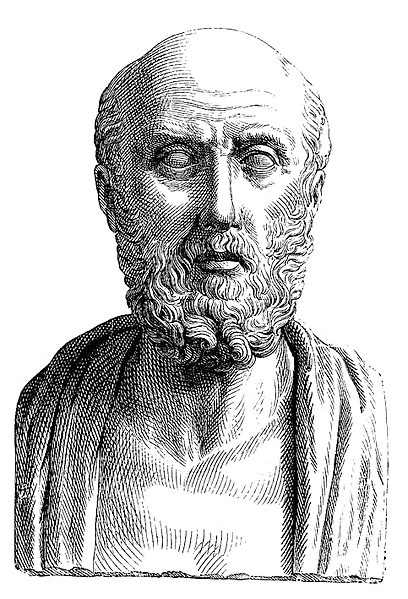 Is the American Mass Media (A.M.M) today presenting a true picture of its own society? (Part II)

These are some Personal Verses (translated from Greek) which came to me from nowhere, during the Greek Crisis of 2012 and 2013

The mobile phone in Greek Society, an “extension”to the human identity

Aristotle Onassis – an ideal type of a modern “Neanderthal” (Part A )

A Eulogy – a few words concerning the tragic death of a young person, victim of an inhuman and dysfunctional society

Aristotle Onassis – an ideal type of a modern “Neanderthal” – Epilogue (b)

An extended letter to the BBC

A letter to a good friend (Part D)

The crisis of 2012 – a ploy by foreign financial and political interests, supported by the human predators of the Greek Establishment. (Epilogue b5)

Aristotle Onassis-the ideal type of a modern “Neanderthal” (Part B)

Teenage Addiction to “chat sites” on the Internet

The crisis of 2012 – a ploy by foreign financial and political interests, supported by the human predators of the Greek Establishment. (Epilogue a)

The psychological state of the young today