(The following are my commentaries on Social Issues, Current Events , Concepts, and also Personal Impressions of people and everyday life)

a – ‘ The socio-cultural commonalities between the Greeks and the Jews’

Today, around the world, the Greeks and the Jews seem very much alike in their everyday behaviour, their life ambitions and in their social culture.
I have lived in four different countries, in Egypt, in Canada, in Great Britain and in Greece, while I have traveled a lot during my lifetime. I have had close friends, schoolmates and associates of different ethnicities, races, religions, genders, ages and erotic preferences. I have always been a cosmopolitan, pragmatically, culturally and ideologically!!! During my 67 years of life experiences, I have come to the conclusion that the two most unfulfilled, unhappy and existentially inadequate races in the world are the Greeks and the Jews!!! Both of these Peoples are spread all over the world, half of them living within their own national borders, and the rest of them residing in a variety of countries,. Many of those living abroad, reside in the United States, while the total number of each of these two races is approximately 20 million!!! I believe that the causes which make these two races feel “existentially dysfunctional” and “socially insecure” are many, but the three most important ones are the following: First, they are racially and culturally “bastardised”, after thousands of years of history, through migrations and by foreign domination, politically, economically, culturally and socially!!! Second, their unstable and ever changing historical experiences, have promoted a social and a societal environment which have exposed these peoples to a variety of survival risks. This is the reason why both the Greeks and the Jews have always put great priority on the accumulation of wealth “by any means” and on ensuring the cohesion of the family unit, the clan and the race “at any cost “ to the individual. Therefore, both Peoples are conservative, materialistic and traditional!!!

Third, in order for the family unit, the clan and the race could stay cohesive, impermeable and imperishable, these Peoples have subdued the freedom of “personal expression” and “personal creativity” of its members, making the individual socially subservient and psychologically dependent on the centers of power and influence of each of these societal institutions; meaning the family, the clan and the race!!! Within the family institution, the mother or the mother figure is the critical component for the socio-economic success of the family members, creating an incestuous and a repressive environment!!! Within the clan, the male elders decide to a large degree on the socio-economic evolution and progress of its members, as in education, in marriage, professionally and in their political and religious beliefs!!! With the race, the deciding societal factor which prescribes and enforces its cohesion, its resistance and its unity is one’s identification with its “exceptional history”, which is defined and propagated by their traditional religious leaders, by their politicians, by their educators and by their scholars!!! All of these cultural, societal and historical elements affecting “the persona” of the Greeks and the Jews alike, have defined a Peoples which is “unbalanced” and “disoriented”, mentally, psychologically, erotically and spiritually!!!

b – ‘President Donald Trump and the American Jewish Establishment’

The Jewish American Establishment feels very “uneasy” and “uncomfortable” with the election of Donald Trump as President of the United States in 2016.
They know that he is “an old fashioned” Conservative Male American ,”a red neck”, who is part Scottish and part German, representing those European Races who made up the First American Establishment in the modern history of the United States. They see an “unpredictable” American Patriot who feels very strongly about the economic, political, social and cultural decline of his country during the last 50 years. For President Donald Trump, the True Culprits for this American Decline are the “internal centers of power” which have succeeded in “monopolizing” and in “directing” the political decision making process through lobbying, through the American Banking System and the Federal Reserve Board, through a well controlled and a well manipulated mass information network by large American Broadcasting Companies, by powerful American Newspapers and Electronic Outlets, as well as by Hollywood’s Entertainment Establishment, which has distorted America’s traditional social models and social values during the last 50 years.

c – ‘A surreal description of Hell’

I picture Hell as a vast city, with very high Gothic Style stone buildings, having very large windows and very wide balconies. These enormous stone structures are surrounded by gigantic elm trees, whose rich foliage is hanging down to almost ground level. The colour of the leaves of the elm trees are dark green, brown and grey. The buildings are all spread out at great distances and the many wide avenues are all empty. The sky is always greyish-purple with very thin clouds not moving. No sunlight is passing through the clouds, even though it is always daytime. There is a continuous drizzle, while there are no signs of life around, no sounds and no smells. You are continuously walking everywhere and in all directions, trying to discover some indication of life, but there is nothing. You search inside and outside of buildings, as well as up and down the long avenues, which run through the city. The sounds are all muted, even the raindrops falling on the ground. You cannot hear the deep breaths you take while moving around in desperation or feel your heart beating.

Philosophy is first identified and recognized through the writings of those Ancient Greek Scholars who lived in Asia Minor and the islands surrounding its coastline during the 7 th and 6 th century B.C. . The Greeks residing on those Mediterranean regions belonged to the Ionian Race of the Greek Nation. Philosophy is a systematic diagnosis of human behaviour and human expression, which can be either beneficial to the individual and society as a whole or detrimental to the individual and society as a whole!!! In this systematic diagnosis of human conduct are also examined the interrelationships between its beneficial and detrimental aspects , these two existential human poles!!! 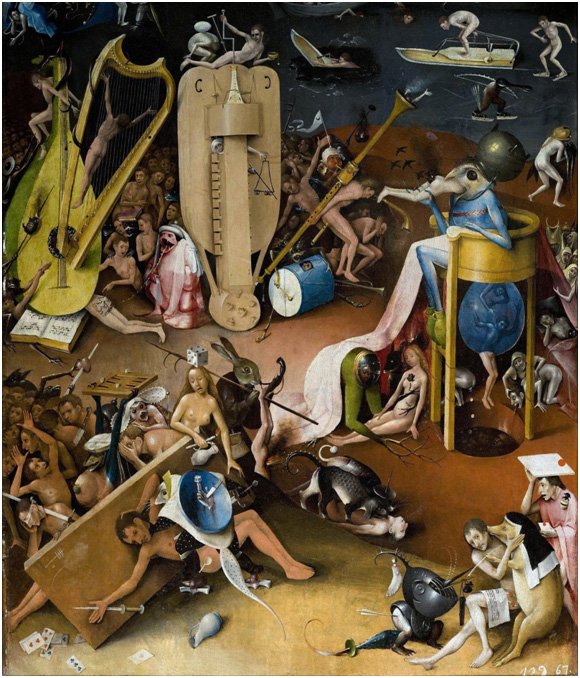 “I have come to ignite a fire on the earth, and how I wish it were already kindled! But I have a baptism to undergo, and how distressed I am until it is accomplished!”
Luke 12:49-50

Personal Comments and Impressions!!! (B)